People who have traveled to Thailand know that Thai people have put too much effort into expressing their sincerity with plastic bags.
Buying two bottles of beverages will give you a layer-by-layer cover. You can only use plastic bags as a set of baby dolls.
According to official statistics, Thai people use an average of 8 plastic bags per day.
As a result, under this expanding use habit, and under the urging of various environmental protection demands, Thailand's plastic ban has finally begun in 2020.
I thought there would be a burst of grievances, but...the Thai people ’s response to the plastic ban was too enthusiastic, trolleys, bamboo baskets, bags, suitcases, pressure cooker liners, hangers, and chicken cages came into play. Supermarkets changed to flowers, birds, fish and insects markets.

As soon as the ban on plastics came out, the Thai people who had different brains directly found the exit to release the true self. For a while, the people of the country were exposing themselves to their wonderful "ban on plastics."


According to the travel equipment of the day, get materials locally.
For example, you can directly take off your helmet as a basin, perfect demonstration of the correct use of motorcycle helmets in childhood. 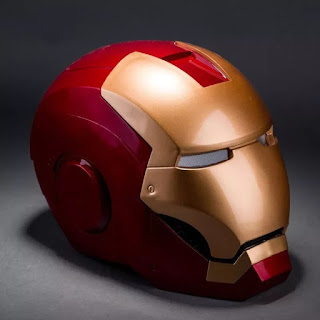 This bro who came with a backpack looks like an honest man. After all, this is already an absolutely normal operation in Thailand, and wisdom is permeated in the ordinary. 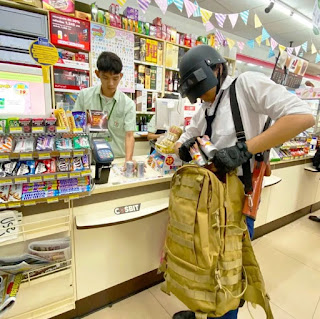 Some cat owners, when picking up their pets from the pet hospital, directly took the cat out and packed with cat bags. The cat looked messy in the wind: I went to the hospital for a checkup, and you dare To me? 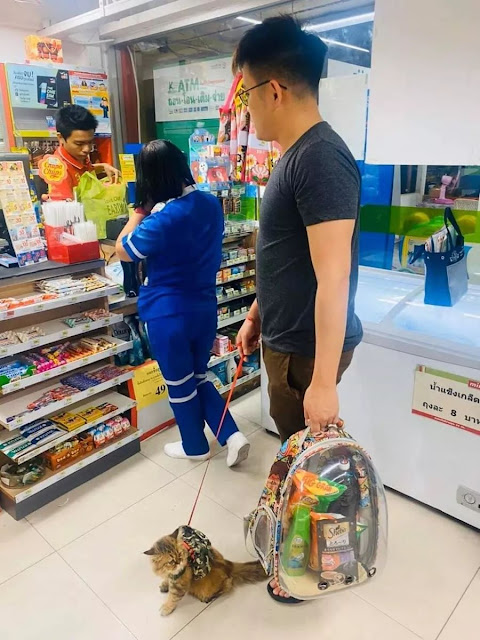 Of course, the most commonly used items in the ban on plastics are buckets and rice bags.
In order to make these purchased household tools fully available, the Thai people fully exploited their huge potential for loading according to the characteristics of each tool. 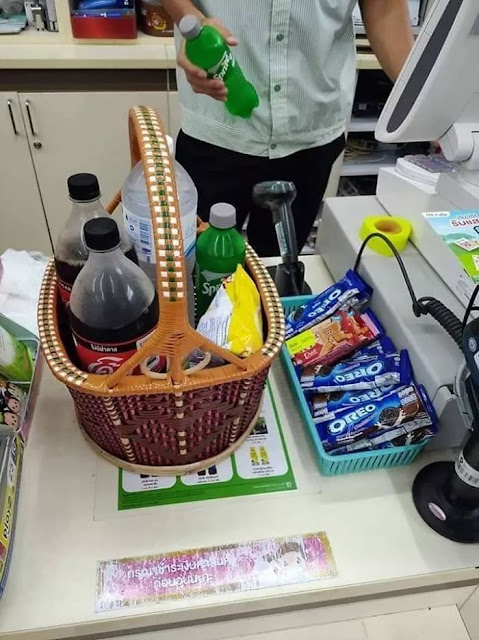 Such as pressure cooker liner. 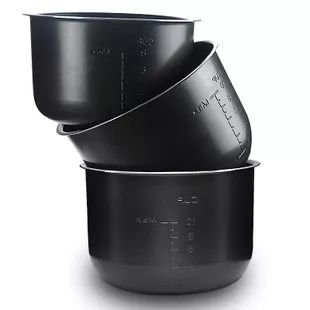 For example, hangers, hangers are also divided into combined single products and composite multi-functional shelves, all kinds of items can be clipped, which comprehensively tested the bearing strength of Thai hangers. 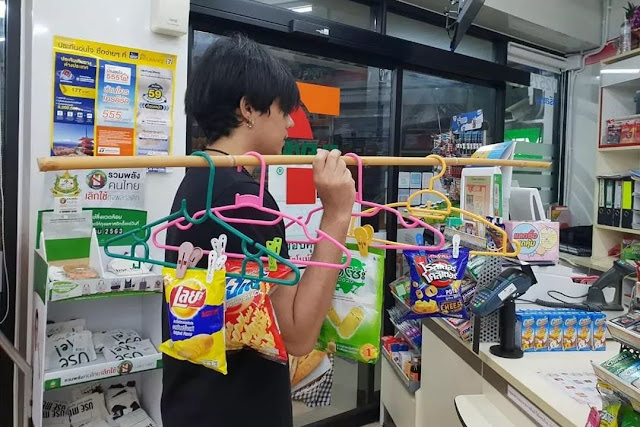 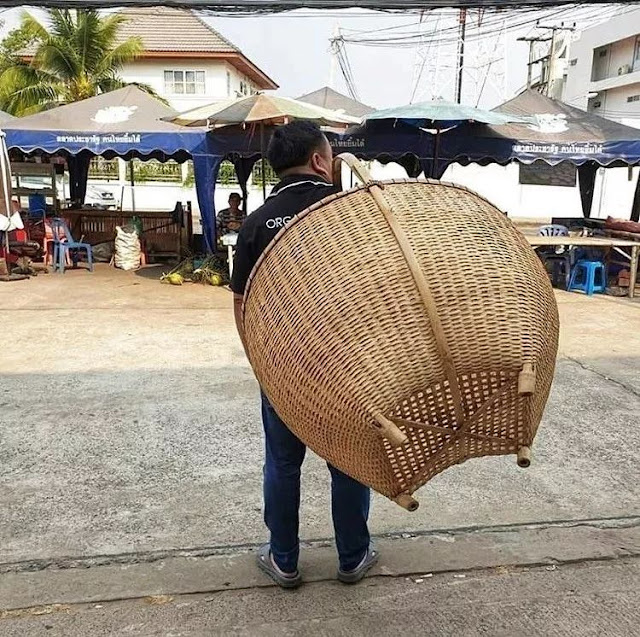 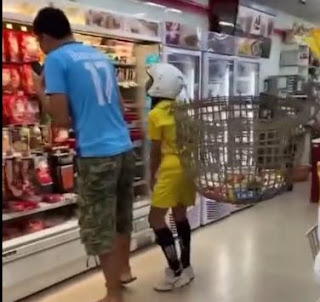 As well as farm trolleys. Not only the carrying capacity is large, but also stop and release as you go, completely freeing the plastic bag of the fingers. 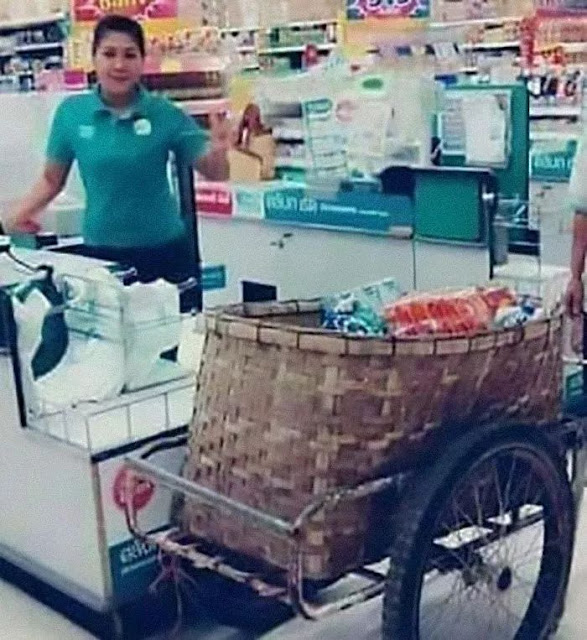 To what extent can the Thai people's brain holes be large, they will understand when they go to Thailand 711 .
Anything that has more than one-half of the enclosed space and has the capacity to hold it will be used as a substitute for plastic bags by the Thai people.
Before you shop, pick a container that can be used for other things, and you can successfully pack two birds with one stone. Except for a little effort, the overall operation is not a big problem. 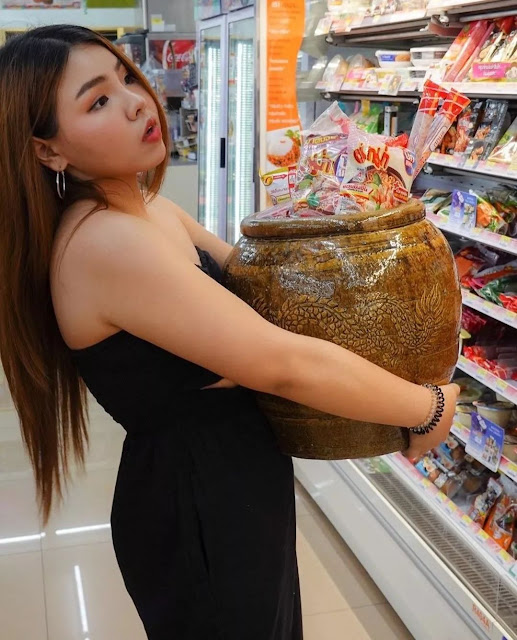 Someone even went to the street to make a "ice cream cone", which was upside down at least 15 pounds. 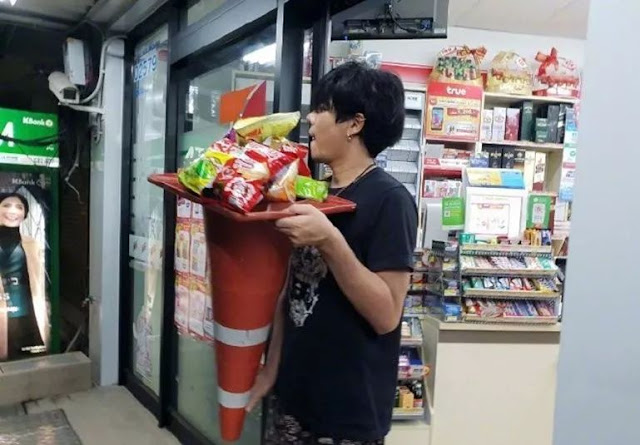 You can choose to lift your clothes directly or you can take the sheets and cover, and you can add a little more. 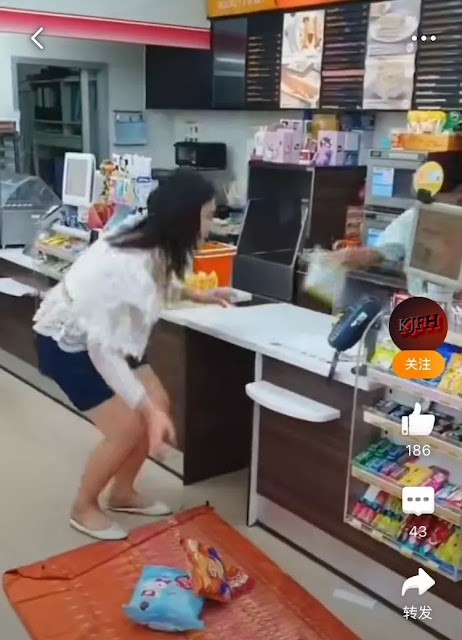 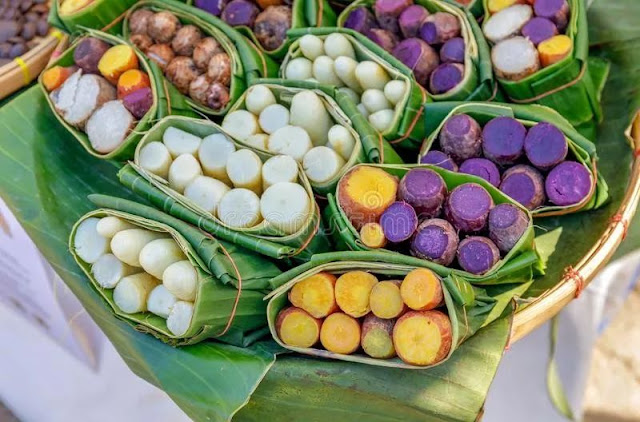 
In fact, before the ban was officially launched, the Thai government thought that it would receive a big wave of rebound, so the government also prepared for the largest public relations to deal with it.But it never occurred that the Thai people were so happy to accept it.
What is the reason that Thai people have chosen to give up plastic bags?
Last April, a 4-5 month old dugong was found on a beach in southern Thailand. After being rescued, volunteers named it Marium (referred to as "good girl"). 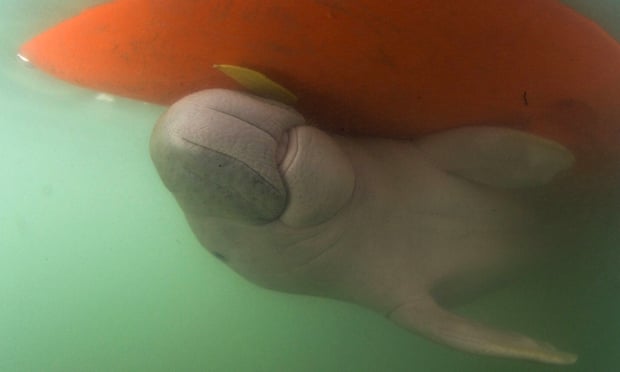 Because of being too cute, Marium quickly won the favor and love of the Thai people, becoming Thailand's number one marine influencer, and was even called "Thai National Sweetheart".
However, 4 months after being rescued, Marium died unfortunately. The veterinarian found 8 plastic bags and many plastic fragments in its stomach and intestines.
Marium's death is not alone. These marine deaths have attracted the attention of major Thai media and netizens.
As a result, the article "The store will ban the use of disposable plastic bags from 2020, and strive for a comprehensive ban on plastics by 2021" has begun.
By Nick Yam

Email ThisBlogThis!Share to TwitterShare to FacebookShare to Pinterest
Labels： Essay