New study: Asymptomatic infection of COVID-19 can last up to 29 days!

The reduction in the number of confirmed cases of COVID-19 in China is encouraging, but "asymptomatic infections" cannot be ignored.

Recently, research on asymptomatic infections has frequently appeared in well-known medical journals including NEJM, JAMA, medRxiv. The latest research, led by Shen Hongbing, an academician of the Chinese Academy of Engineering, deputy secretary of the Party Committee and principal of Nanjing Medical University, pointed out that the infection period of asymptomatic infection of the new crown virus is as long as 29 days.

According to the article, in addition to the planned steps to check for signs and symptoms of infection, and observe the asymptomatic cohort in the quarantine area, the researchers decided to provide 115 travelers with a throat swab to detect SARS-CoV-2, and 114 passengers agreed to the test. Two of the 114 travelers (1.8%) were tested positive for SARS-CoV-2 (the cycle thresholds for these two samples were 24.39 and 30.25, respectively).

In addition, in Caco-2 cell culture, SARS-CoV-2 was isolated from both samples, indicating a potential infectivity.

In other words, the two travelers mentioned above had no clinical symptoms, but the virological test was positive, and this also coincided with the definition of asymptomatic infection in the fifth edition of the New Coronary Pneumonia Diagnosis and Treatment Program and the fourth edition of the Prevention and Control Program in China.

In fact, NEJM also published another newsletter on asymptomatic infections.

On February 25, 2020, the team of Academician Shen Hongbing of Nanjing Medical University published the name Clinical Characteristics of 24 Asymptomatic Infections with COVID-19 Screened among Close Contacts in Nanjing, China on the preprinted website medRxiv. 19 Clinical characteristics of asymptomatic patients).

The paper states that the median time from the first positive nucleic acid test to two consecutive negative tests is 9.5 days, and during this time, they also have the potential to spread-asymptomatic patients have already been transmitted to their families, Some infected persons also developed severe illness.

According to the analysis of the research team, the 24 asymptomatic infections are mainly divided into two categories-one is the patient's family members, and the other is the person who is less than two meters away from the confirmed patient who is still in the incubation period and has been in contact for more than one hour. Moreover, 8 out of 24 people have travel history in Hubei (details are shown below). 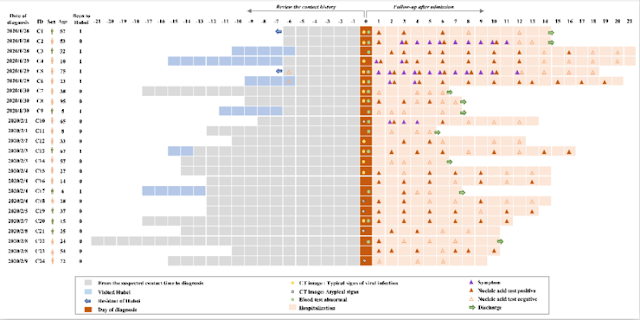 It is worth mentioning that the symptoms in most of the 24 people were mild and did not develop into severe cases. However, six asymptomatic infections turned positive after a negative nucleic acid test, and one case turned positive even after consecutive negative results.

Yam's Board learned that the 13th patient was in a special condition-after the infection of the family member and the family member was confirmed, the symptoms did not appear. Until February 18, the patient's nucleic acid test did not turn negative, which means that his infection period may be as long as 29 days. 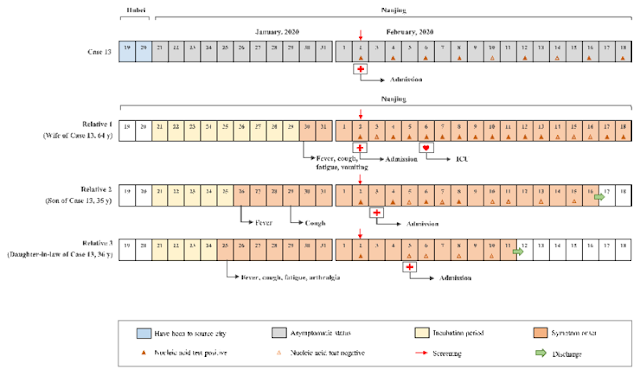 Based on the results of the above analysis, the research team emphasized the importance of tracking close contacts of confirmed patients and the use of viral nucleic acid testing for longitudinal monitoring.

However, as mentioned above, most of the asymptomatic infections found so far have been in close contact with confirmed patients, so we need not be too alarmed. But at the same time, the virus is fierce and should not be underestimated.