Does the iPhone need to clear the backstage? This should not have been controversial

In 2009, Palm released the first Palm Pre equipped with WebOS system. As a new system for benchmarking iOS, WebOS incorporates a lot of forward-looking elements. One of the functions that has been talked about and quickly imitated by Apple and Google is the card-type backstage. 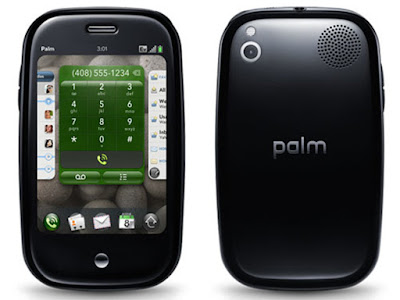 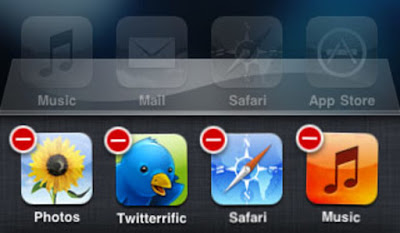 Soon, both iOS and Android followed up with card-style background design. Although WebOS was eliminated in the fierce system competition, the operation of opening the mobile phone's background interface and pushing the application to be closed up and down gently has become the daily usage habits of smartphone users.

However, recently some media reported that Craig Federighi, senior vice president of software engineering at Apple, said in an email in response to users:

"Swipe to close the background app may reduce the battery life of the iPhone. Unless it is unresponsive, you should not force close the app."

That is to say, the routine of killing the background in our daily process may be meaningless or even wrong mobile phone usage?

Why doesn't iPhone kill the background?

A few years ago, the topic of why the iPhone was smoother than Android was popular. The specific reason is that in addition to the different underlying code compilation mechanisms, there are also different memory management methods and different levels of permission opening. Even today, iOS seems to be doing a better job than Android in terms of memory utilization. 4G memory does not pass the Android standard, but it is more than enough on the iPhone.

First of all, iOS does not really have a "backstage" for users to choose from.

The multi-tasking interface that we double-click on the Home button or swipe up on gestures is actually just a list of recently used applications and shortcuts. When you switch to the next application, resources such as the memory of the previous application have actually been frozen and released. iOS's memory management mechanism is more stringent. When memory is not enough, it will be automatically released and allocated without the need for users to do additional memory operations.

In addition, thanks to the unified push mechanism of iOS, users can obtain various information in time through the push mechanism even if the application is not running.

Therefore, according to the guidance of Apple executives, the correct gesture for using the iPhone is to leave the "Background" and press the Home button without closing the application.

Of course, even under the strict restrictions of iOS, there are still some applications that disguise themselves as "true backgrounds". For example, a more common method is to play a piece of audio without sound in the background to prevent yourself from being frozen. If you encounter such applications, you may have to swipe your fingers to clean it.

No mobile phone need to kill the background?

As we said at the beginning, the design of the card-type background and slide-up close application was first introduced by WebOS. Palm uses this mechanism, largely because WebOS is the real real background. Multiple applications will run in the background, which is very close to the background mechanism of desktop systems such as Windows.

Therefore, for devices equipped with WebOS, it is necessary to manually close the background. As for the Android system with the highest market share, the situation is much more complicated when facing this problem.

In general, Android is the "real background". Even if you switch to other applications or return to the desktop, the previous applications will continue to run in some form.

In fact, Android's background can be divided into two types. One is without service. The application will be frozen after switching to the background, and will be woken up after reopening. With services, the background will continue to run, which is what we often call "true background".

The advantage of the real background is that the mobile phone system can also have multi-tasking functions and do more things at the same time.

In fact, Google has been working to solve this problem, trying to make the Android user experience better, which includes optimizing the memory management mechanism, and users no longer have to worry about the background problems of the application. For example, in the new Android specification, the autostart of applications is strictly restricted.

If these specifications are strictly enforced, coupled with the large memory of 8G and 12G of Android phones, it seems that Android haven't to clear the background.

When many media reported Apple executives' remarks, they used the argument that "sliding off applications would reduce iPhone battery life." However, in this regard, the original word of Craig Federighi's email was "battery life", which translates into a more appropriate battery life.

Of course, we can still talk about whether killing the background will exacerbate the decline in battery life. The first thing to be clear about is that batteries are indeed consumables . Take the iPhone as an example. After using it for a year or two, after the number of cycles reaches hundreds of times, the actual battery capacity may drop to about 80% of the factory.

Because of this, a lot of tips can be used on the Internet to reduce cell phone battery consumption and extend battery life. They are generally to avoid overcharging, avoid recharging when the power is too low, and do not overcharge the battery.

It is undeniable that these methods are not necessarily ineffective, but for ordinary users, the practical significance of the operation is actually not great. After all, mobile phones may be our most frequently used and longest-used device. Frequent charging is unavoidable, and battery drain is a normal process. After all, a mobile phone is just a tool. Exhausting various methods to delay battery drain will inevitably make the mobile phone use experience much worse.